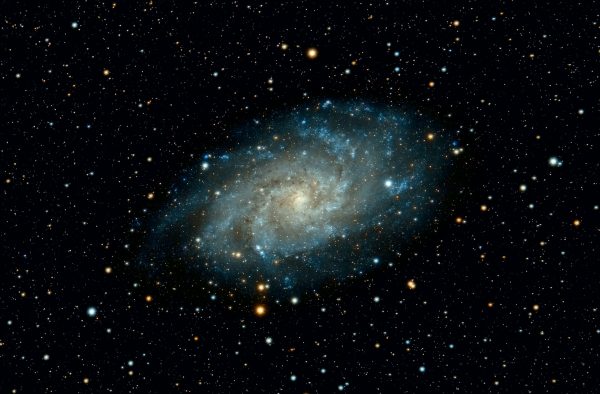 The Space talks were introduced by Niels Eldering, Head of Space Solutions Section in ESA, who informed students about the work and mission of ESA. Shortly after, lights were dimmed and the opening of the European Space talks at HEC in Paris was broadcasted live.

The first part of the program featured European astronaut Thomas Pesquet. Based upon live polls on the implications of space engineering for mankind, Pesquet discussed real-life applications from the exploration of space.

The highlight of the evening was the live stream to the International Space Station (ISS) with Commander Luca Parmitano. While hovering around in zero gravity, Parmitano answered questions from students from all around the world. Remarkable were his reports on the Mars Mission and the testing’s undertaken by his colleagues to support the landing.

The event ended with a panel discussion led by Dr Wim Hulsink, Niels Eldering, and Dr René Olie. The diversity in academic backgrounds of the participating students evolved in exciting discussions around multidisciplinary lessons from discoveries in space travel. Interestingly, the usage of data from global navigation systems such as Galileo and Copernicus were among the hot topics.